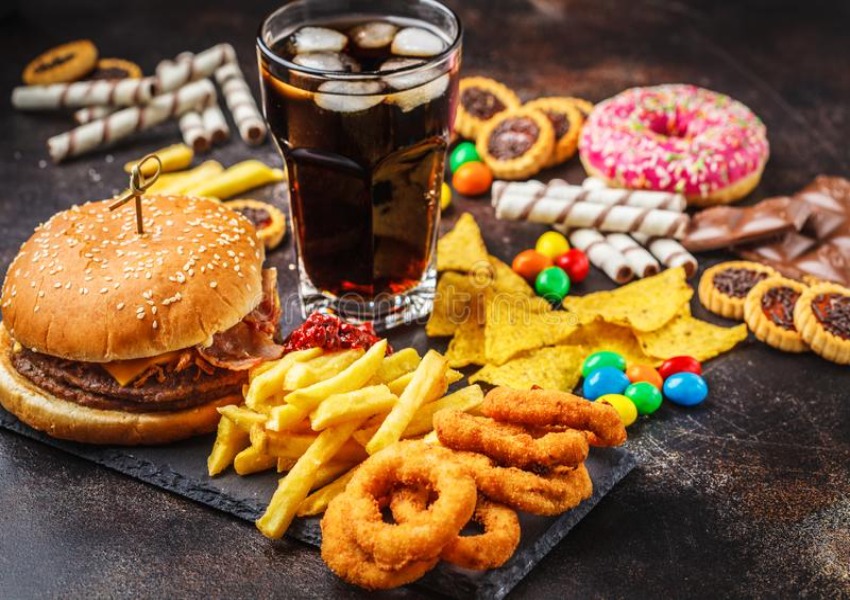 Excitotoxins are amino acids (glutamate, aspartate, and cysteine) that can act as neurotransmitters in the brain. The most dangerous of these and the most prolific in our food supply is glutamate in the form of MSG: monosodium glutamate.  Why is it so common? Simply because it excites our taste buds and makes bland food taste delicious.

It comes from the sea vegetable, kombu, a flavor enhancer that has been used for thousands of years in Japan. Early in the 20th century, Japanese scientist discovered that glutamate is the active ingredient in kombu. Soon thereafter, the annual consumption of monosodium glutamate was over ten million pounds.

In fact, in the Second World War glutamate was used in the rations for the Japanese soldiers, since it made their food delicious. Soon thereafter, the American food industry was following the lead and was using MSG in just about everything. And today, MSG is now added to an endless variety of can goods, most soups, frozen foods, and has become a major ingredient in the fast food industry. It’s made a huge impact in the diet industry since most diet food have very little taste at all. And most often, MSG and related toxins are added to foods in disguised forms as ‘hydrolyzed vegetable protein,’ “spices”, “vegetable protein,’ and ‘natural flavorings”, that may contain as much as 40 per cent MSG.

Why are these amino acids toxic? The brain must maintain its balance by reducing excess glutamic acid. The extra glutamate is stored in nearby glia cells. In order to keep this process going, it requires a great deal of energy which if unavailable, will result in exciting neurons, injuring them and causing cognitive and behavioral problems. Free radicals then stimulate the release of more excitotoxins from storage which then produces a vicious cycle…. excitotoxins stimulate free radical formation which in turn, stimulate further excitotoxin accumulation.

The   Blood-Brain BarrierAs we all know, the brain protects itself from the circulatory system with the “blood-brain barrier” which has blood vessel walls that allow certain chemicals to enter the brain while excluding others. Infants and younger don’t have a well developed barrier and it is not well developed in teenagers either.

In fact, some parts of the brain never develop an effective barrier. An example is the hypothalamus, which is intimately involved with the hormonal system. Experiments with mice has shown consistently that MSG in the diet causes major damage to hormones.   Pregnant mice have shown similar injuries in its offspring. This seems to prove that glutamate crosses the barrier of the placenta and enters the fetal bloodstream. Animals exposed to MSG were found to be short, grossly obese, and had difficulty with sexual reproduction.

ObesityThe irony here is that people who are trying to lose weight are trying to cut calories by consuming excitotoxins in NutraSweet ®  and other similar ‘diet’ foods. Researchers have speculated that the large number of people who are obese and are not able to lose weight, may in fact, have been exposed to these excitotoxins. It has been a huge disappointment to millions of dieters that food intake does not necessarily induce weight loss, especially if ingesting excitotoxins in one form or another. These same dieters drink soft drinks sweetened with NutraSweet ® , a glutamate product that produces lesions that result in gross obesity

Extreme ExerciseStudies have shown that during extreme exercise creating elevated body core temperatures,  a temporary breakdown of the blood-brain barrier occurs resulting in leakage of glutamate and aspartate directly into the brain itself. This can cause a prolonged fall in the blood glucose which makes the brain more sensitive to excitotoxins both occurring naturally within the brain and those supplied by the diet. Injury further occurs when free radicals are formed within the tissues as a result of increased metabolism.

Avoiding ExcitotoxinsWe need to concentrate on whole, unprocessed foods and avoid MSG and aspartmate,(“NutraSweet ® “). Remember that FDA rules require no labeling at all to include a wide variety of powerful excitotoxins in our foods. Here is a partial list of the most common names:

Leaky Bowel Syndrome: What Is It And What Can You Do To Solve It?

Are You Looking For The Best Detox Center In Sanford, FL?

The REAL reason for the season.

We offer natural, effective alternatives to drugs and surgery. We base our care on fundamental principles not yet widely understood by the industrial pharmaceutical-driven medical machinery.